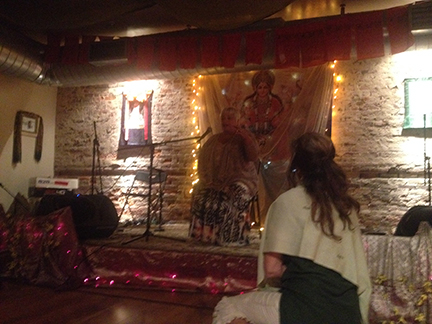 It is traditional for community leaders to give opening lectures during Hindu ritual ceremonies. This brings the real world present for the ceremony and brings the divine presence into the community.

October 6: Veeru Tripathi, the Pujari, talks about his training as a Vedic Priest

October 11: Shea Smith is the director and one of the founding members of Haalo (Health Alternatives for All Locals)

October 12: Marc Halpern of the California College of Ayurveda